You can expect a professional and friendly service when you bring your Audi to autotecnic, Sheffield’s premier independent Audi specialist for servicing or repair. Our experienced and qualified technicians are experts in carrying out Audi Servicing, Audi Diagnostics and Audi Repairs, our competitive prices mean that, when it’s time to pay, the only surprise you’ll receive is a pleasant one.

Our garage features an expansive range of genuine dealer and after market diagnostics and specialist tools, making us the perfect alternative to main dealers.

With a team of highly experienced Audi specialists who are experts in carrying out Audi servicing, sop you can rest assured that your Audi will receive the best of care at very competitive prices.

We are family business with over 70 years of experience, and our aim is to make sure your Audi is maintained to its optimum performance.

Audi is a make synonymous with style, high functionality and reliability, but even the most dependable of cars need a regular service to keep them in the best possible condition and to avoid any nasty surprises later down the line. We understand that when you book your Audi in for a service, you need to choose a garage with a working knowledge of the Audi brand and a solid understanding of your particular model. 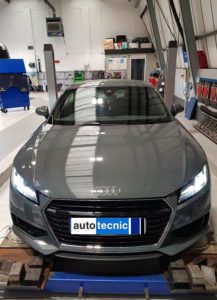 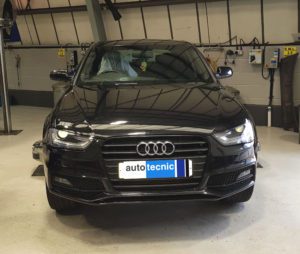 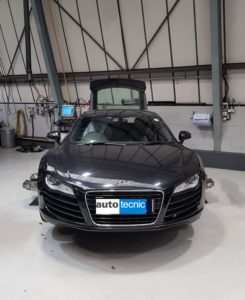 A Brief History of Audi

Car and motorcycle manufacturer Audi was established back in 1899 but after much dispute with the supervisory board, the first car was not manufactured until 1910.