Service & Lubrication – the correct oil for your German Car?

There was a time when it was relatively simple to choose engine oil and this option was there until the 90s. Till then, engine oil viscosity was the only concern for every driver. If a driver knew that he only needs engine oil graded as 5W-30, there were many options available on the local auto part stores, but then started the 21st century.

This century started showing its effects on the industry and strict emissions standards came in to action. These changes started pushing the simplicity of car engine oil selection away from the drivers and the process of selecting engine oils became more difficult. Not replacing the oil on time can cause severe damage and result in need of engine replacement. 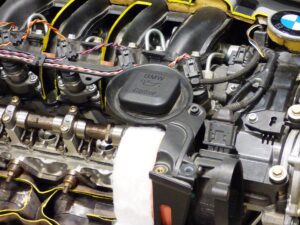 What is Manufacturer Oil Specification?

Oil specifications of a vehicle manufacturer are the unique stipulations that an automaker creates and commands for their engines to provide excellent performance. These mandated engine oils last longer than those bought from the local store. For example, BMW’s own specified engine oil which consolidates previously used five engine oil grades.

At the same time, Mercedes-Benz and other manufacturers warn that their brand specified engine oils are safe only for the engines used in their vehicles because other oils can void the warranty of the vehicle.

However, these new engine oil grades are creating confusion among drivers and consumers in terms of price. They are confused between whether they should change oil themselves or take their vehicle to their local mechanic because they usually are not aware of the new specifications. 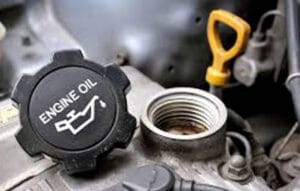 It may seem that the oil in your vehicle is the same as it was 10 to 15 years ago and oil brand is also the same. However, reality is on the contrary side because your vehicle doesn’t have the same engine thus in turn, same oil. Today’s vehicles are equipped with modern engines and the engine oil inside is also most advanced and refined.

Oil specifications change almost every five years and the oil manufacturing companies are bound to act according to the standards of the authorities like API. Every time when the emission standards changed, engine oil standards also need to be changed to meet the new regulations. These measures offer an improved shield against sludge, longer engine life and improved fuel economy.

One of the oil engineers is of the view that the engine oil specifications must be changed with every change in the hardware. New oil specifications allow it to handle more heat and help lubricating engine parts even better in the severe driving conditions.

It is quite evident that with these relatively closer and tighter tolerances, modern engines need oils which can keep up with them by keeping the engine parts clean and enable them to run smoothly. It looks like a small deed; however, it is the engines who know the real worth of oils. 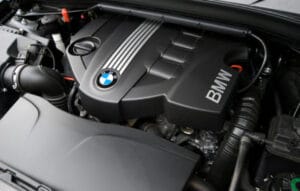 The manufacturer standard is one of the most imperative factor and it is more common among the German automakers. It is just because of more straight and simple European oil specifications.

On the other hand, American and Japanese manufacturers are more reluctant to the API standards. Japanese have their massive market in the USA which is the main reason to follow those standards. Their practices mean that any oil under the API specifications is more than good for any Japanese or American vehicles.

Mercedes -Benz have distinct specifications for their vehicles since 2011 and they say that their oil formulation is robust against piston deposits and is equally excellent for more improved fuel economies. Mercedes further says that the oil shows more than 28 percent improved performance when it comes to the fuel economy and carbon emissions.

Mercedes-Benz, like the other manufacturer, also licenses the oil manufacturers to manufacture the oil based on their formulations and offers a full synthetic variation. Since the manufacturer specified oil is compatible with the old cars, these specifications will also affect the older car owners who love to get their cars serviced by the dealerships. 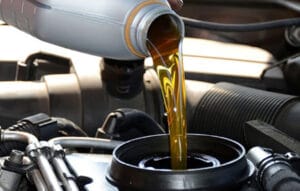 What Does This Mean for the Consumer?

Although this means nothing more than an expensive maintenance for the customers who do not know about the change, it is a valuable addition to the engine life. The original manufacturers are looking for the better protection of their vehicles and thus the added care of their consumers at the same time.

Although this protection or shield comes at a cost, the manufacturer specification oils are becoming more common, and the auto industry has left the conventional oils far behind. They are now moving towards synthetic oil blends.

The modern and advanced oil formulations are far advanced than the conventional oils. They offer better performance and longer protection against the rust and sludge formations; at the same time, they also have higher price tags.

These price tags are not that worse because they can be equipoised by several manufacturers who offer free maintenance programs. These oils save more on higher mileage coverage. These synthetic oils protect the engines from more than normal stress rates.

The major oil manufacturers of lubricant technology say that this is not the case for the price management, but it is all about the protection of the engine.

It is just the need of the time that the consumer must make sure that the oil they are using in their vehicle is of the same standard and quality as of the manufacturer standard engine oil offers. There are many oil manufacturers who are very confident about their products and then back their products under their own warranty for any kind of engine damage.

If anyone is afraid of warranty damage due to non-branded oils, then it is recommended that they must use their manufacturer recommended or manufacturer specified oils, at least until their vehicles are in the warranty period. Because the engine of the vehicle comes under the same warranty as of the powertrain warranty. In most cases, this warranty is longer than the traditional warranties, e.g., bumper to bumper warranty.

It is also pertinent to ask your local repairer/mechanic if they know about the specific requirements of your vehicle engine before you allow them to service your vehicle. It is recommended to ask everything beforehand the time that what oil will they use and what your vehicle requires. 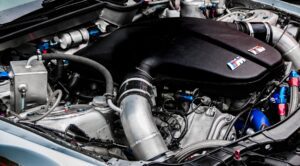 If there is no information on any manufacturer specific engine oil, then it is better to save some money on buying an oil from any auto parts store. Again, make sure that the purchased engine oil must be of correct viscosity as recommended by the manufacturer.

The vehicle owner manual will help you select the correct specification oil for your vehicle. When it comes to the specified oil then it does not mean that it must be of manufacturers’ engine oil, but it can be any same grade oil.

One of the leading engineers at the BMW powertrain technology group says that alternative oil can diminish the performance of the vehicle and it can harm your engine very badly.

A non-licensed engine oil will definitely be harmful to your vehicle engine and the driver will not enjoy the ride of the vehicle. The local oils will not work at high temperatures and severe driving conditions.

Focus on the Oil Basics

When your car goes into your garage for its annual oil change or service, just ask the question, “what grade oil are you using” & “is it the correct specification for my car” you will be presently surprised.