We were presented with an Audi A6 2.0 TDI with 63,000 miles on the speedo recently with an oil pressure problem.

Not wanting to start the engine we carried out some simple tests. The Technician responsible for the repair tested the battery with his battery equipment which, he found to be very low. This could have been caused by the “testing” of the oil pump pressure or another problem. Not wanting to cause any further reason for concern he decided to do a visual diagnosis.

We have repaired numerous Audi’s and VW’s previously with low or no oil pressure, my Master Technician had a hunch. After an initial discussion with the recovery agent the Technician decided to strip the sump for a visual investigation. He was right on his assessment. The oil pump drive shaft had rounded off into the balance shaft assembly (see images) thus causing the pump drive to malfunction.

Replacing the old balance shaft assembly with the new Audi modified unit , new oil pump, drive and new sump (required due to the modification of the balance shaft) will solve the lack of oil pressure problem.

It is paramount to flush the engine with a cleansing product prior to replacing the oil & filter to remove any debris and build up of deteriorated oil deposits from the oil supply channels.

The service book on this Audi identified that the first two services had been carried out at Audi Dealers. The third service was completed at a local garage near the previous owner’s home. The new owner had only had the car for six months!

Depending on the type of driving either motorway, the short drive to work or the all too familiar school run its important to have your oil changed every 12 months or 12,000 miles. Bosch Technical Training agree along with most major oil manufacturers that 18,000 – 22,000 miles in some cases we have seen, is far too long for oil to protect the workings of an engine. We see far too many car’s coming into our workshop with problems caused by dirty contaminated oil. These major repair and heavy costs could be saved if only the oil was changed more frequently. Dealers are now using oil cleaning products, whereas before they used to condemn the cleansing products.

In February this year, whilst collecting a part I saw a notice up in a Dealer’s reception saying “If you are doing short or lots of stop & start journeys we strongly recommend you change your oil annually”

An oil and filter change with one of our cleansing treatments for an Audi A6 2.0 TDI is around £100 +VAT! 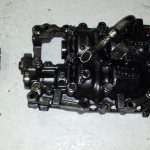 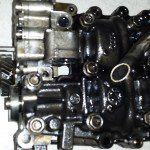 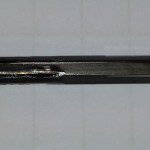 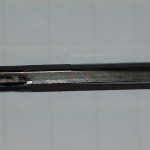